Tin-Bear is a special case to me. Shortly after I was contacted regarding his case I took on full ownership and care for this horse. Due to a traumatic trailer accident and neglect, he had become severly foundered to the point where the coffin bones on both fronts had penetrated his soles. He was literally walking on his coffin bones! As scarey as that is alone, on top of it all, he was extremely mal-nourished.

Before I began treating him he spent 90% of the time lying down. Needless to say, he was in excruciating pain. I expected a very lengthy recovery for this horse and to be honest didn't know if he had the physical strength to hang in there for much longer. Despite all this, I quickly began to treat him by providing a natural environment and, of course, natural hoofcare.

After the first trim he had exceeded my expectations and became comfortable enough where he was now spending the majority of his day on his feet rather than lying down. I was extremely pleased. I kept him on a 4 week trim schedule and after 3 months he was very sound at a walk. After 5 months you would see him out in the field at a full gallop playing with the other horses! Another couple months and his hooves looked very normal and healthy. I watched this horse go from near death to very alive and well in less than a year's time. This is an exceptional case for the severity of the condition we had started. I think the one thing I had underestimated was his very strong willingness to survive! 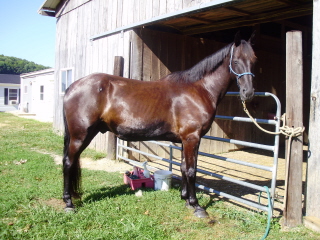 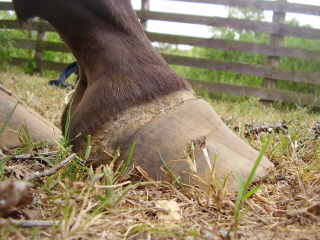 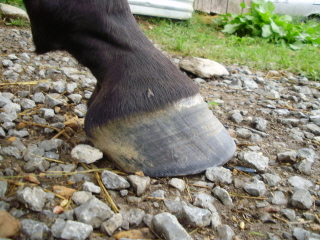 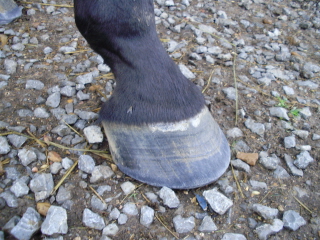 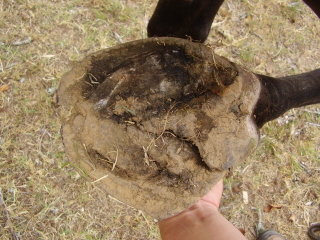 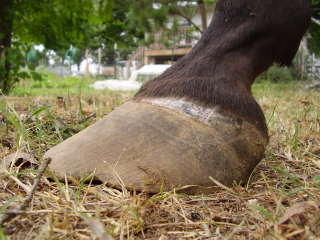 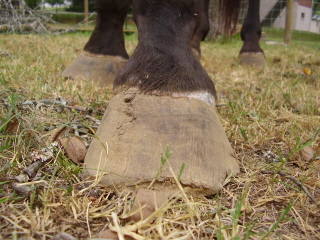 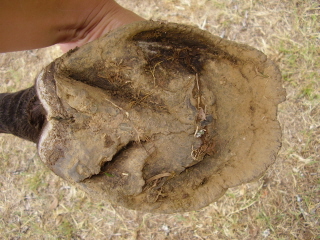